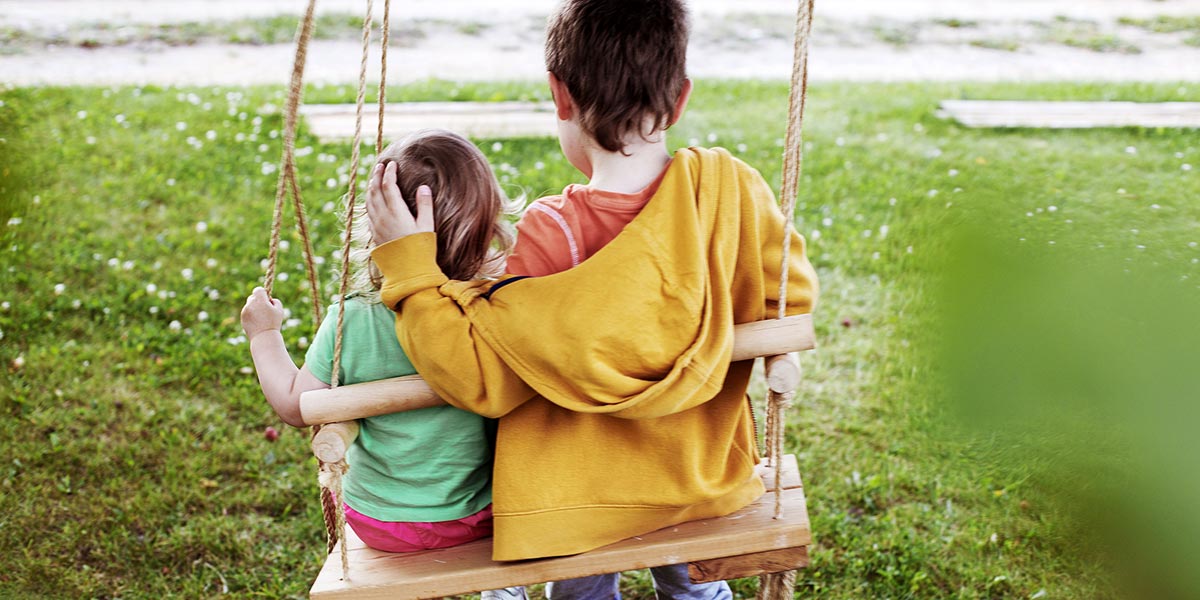 Hank is one of over 200 CASA Volunteers with CASA of Atlantic & Cape May Counties making a difference in the life of foster children.

Hank greets everyone with a big, welcoming smile and friendly blue eyes. His presence is comforting, and that is especially important because Hank is a CASA for Children advocate who speaks on behalf of children living in the foster care system.
Children living in foster care have experienced traumatizing abuse or neglect. A comforting, consistent, caring adult, like Hank with a bright smile and a big heart, is just what these children need at what could be the saddest time of their young lives.
When you listen to Hank talk about the two girls, ages five and seven, and their nine-year-old brother who he advocates for, you hear how much he genuinely cares about their welfare.

You can hear the excitement in Hank’s voice when he talks about the boy, who we will call Jack, and all the potential he sees in him. The first time Hank met Jack at his school, Hank says, “He met me with a big grin and immediately interacted with me. It was a very gratifying experience.”

Hank and Jack formed their first connection over baseball, discussing the great Hank Aaron during one of his visits. On the next visit Hank says, “This little boy was so excited to tell me all about how Hank Aaron broke Babe Ruth’s home run record.” On the next visit Jack is “telling me all about Jackie Robinson and Martin Luther King. He is such an impressive and engaging little boy. We can only hope the system we have can do right by him,” said Hank.

Jack’s two little sisters, who we will call Molly and Kristen, have also touched Hank’s heart. They live in a different foster placement from their brother, as often happens when multiple siblings are removed from their home.

In spite of the trauma the younger Molly has experienced, “she is still a typical five-year-old, excited as she runs to show me her latest craft or coloring project,” said Hank. However, Hank’s eyes sadden a bit when he recounts a conversation with seven-year-old Kristen. “When I asked her if there was anything she wanted me to tell the judge, she answered, ‘Tell the judge that I don’t want to be a foster kid anymore, tell him I want to go home,’” Hank said.

While Hank stays focused on the children, the case still involves the adults as well, including foster, biological, and adoptive parents. The challenges facing many of the adults in the children’s lives sometimes compound the trauma that the children have already experienced – their mom disappears for two months, then returns; their dad is not initially in the picture; the foster parents were not interested in adoption, then later wanted to adopt. It is easy to see how the children’s voices can get lost in the process. Even when Hank was certain that the children were finally going to realize their “forever adoptive home,” the case took a different path as the children’s father, now in a stable home and relationship, stepped in to bring his children home.
When Hank met them at their family court hearing, he could not help but notice a close and affectionate relationship between dad and son. You could see that “Jack was proud of his dad,” said Hank.

For Hank, the role of the CASA advocate is one of patience because regardless of each family circumstance, “as a CASA,” Hank says, “Even though I may be conflicted at times…I give the court my observations and let the judge take it from there. In this case, there is a dad who loves his kids and the kids want to go home.”

Hank’s role as a CASA has changed his view of the child welfare system. It has also been both a spiritual and analytical journey for him. After years as a member of a hospital board, “It was time for me to have more personal contact. I wanted to be a positive person (making a difference) on an individual level,” Hank said.

CASA volunteers bring so many skills and personality traits to their role. As Hank spoke about his case, it was easy to see how important every one of these traits are to be an CASA volunteer for foster children. For Hank, he will continue to advocate for the best interest of Jack, Molly and Kristen…watching over them, hopeful that their journey will have a happy ending – that is what being a CASA is all about: making a difference, one child at a time.

Are you ready to change a child’s story as a CASA volunteer?
Learn more about volunteering as a Court Appointed Special Advocate here.